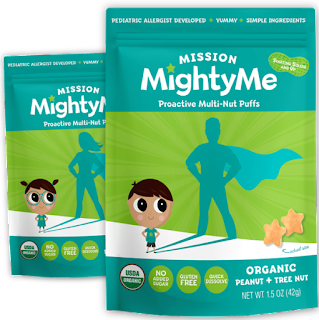 We are passionate parents of kids with food allergies and one of the world’s leading pediatric allergists, Dr. Gideon Lack. Dr. Lack’s research has revolution­ized food allergy prevention and is transforming the way we feed our kids. His groundbreaking Learning Early About Peanut Allergy (LEAP) Study found that most peanut allergies could be prevented by in­cluding peanut protein in babies’ diets - early and often. And subsequent studies, including Dr. Lack’s EAT Study , have shown this proactive approach can work for other foods as well. His research upended decades of outdated food allergy advice and led to new American Academy of Pediatrics guidelines recommending early peanut introduction in infancy.

Our third child was born the same year that Dr. Lack’s research was making headlines. Our oldest daughter is allergic to most nuts and we wanted to do anything we could to prevent another food allergy in our family. But that was easier said than done, because nuts and nut butters are a choking hazard for babies and the entire baby food industry was allergen-free. So we partnered with Dr. Lack and food allergy parent and advocate Todd Slotkin, to create baby-friendly foods that make following the new guidelines easy and enjoyable. Together we’re on a mission to help end the food allergy epidemic, so all kids can reach their mighty potential! 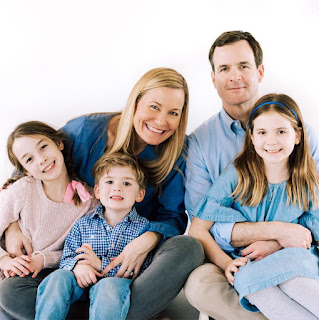 Little Puff on a Mighty Mission

What families need to know...

In the 2 decades since avoiding nuts became the norm for babies, nut allergies have TRIPLED

Avoiding nuts is no longer advised for most babies

The Learning Early About Peanut Allergy (LEAP) Study by Mission MightyMe Co-Founder Dr. Gideon Lack, found that regularly feeding peanut-containing foods to babies starting as early as 4-11 months until age 5, reduced their likelihood of developing a peanut allergy by more than 80%.

Based on Dr. Lack’s research, the American Academy of Pediatrics and the NIH have issued new medical guidelines recommending early peanut introduction to help prevent peanut allergies from developing. Research suggests this same proactive approach may work for other potentially allergenic foods as well, so we’re developing more delicious products that include other common food allergens. Stay tuned!